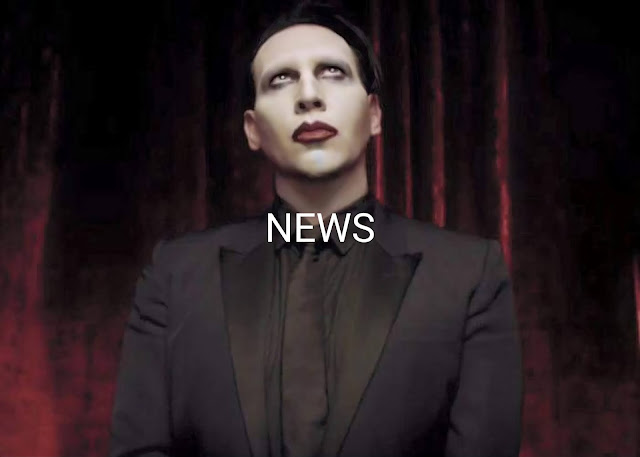 - A Positive Past Few Weeks Regarding False Allegations ... Mostly

On May 26th we were told that the last Salem "witch" was exonerated after 329 years, thanks to an 8th grade class in North Andover, Massachusetts.

Then on May 27th we were informed that actor Robert Wagner has been cleared by the LASD after 41 years, though the case is still open and unsolved, in regards to the circumstances that led to the death of his wife actress Natalie Wood in 1981.
Finally, after 6 years, Johnny Depp defeated Amber Heard in his defamation case on June 1st, and a verdict was made that $10.35 million in damages be given to him for libel.

All these are positive steps in the right direction, and though each case is very different, they all were once viewed as guilty without the proper evidence, and after years of deliberations the decision was made to exonerate them for lack of any substantial evidence against them.

However, not all is right with the world. On May 24th, after a final appeal, it was decided that Frank Atwood (someone who I strongly believe is innocent and I know people involved in this case personally and 100% trust their judgment when they say he is innocent), will be executed in the State of Arizona at 10am on June 8th for the kidnapping and murder of a young girl in 1983. He was married to a woman named Sarah while on death row 30 years ago and she has fought hard for him, but to no avail. He is someone we should all keep in our thoughts and prayers as he faces his terrifying fate tomorrow morning.

TMZ reported on May 31st that after speaking with detectives from the Los Angeles County Sheriff's Department, the Marilyn Manson sexual assault charges which they have investigated since February of 2021 are winding down because they have found no evidence against him. At the same time, they told TMZ that there are "some credibility issues with the victim", namely Evan Rachel Wood.
They also indicated they found nothing significant against him when they searched Manson's home, including the infamous hidden "Bad Girl Room" with girls inside awaiting torture.
Soon they will submit their findings to the L.A. County District Attorney's Office, who will determine where this case goes next or if it will be dismissed altogether.


- Now That Johnny Depp Has Won, the Media and MeToo Activists Worry That Marilyn Manson Might Be Next

Now that Johnny Depp has won his case not only in his trial by jury but even more importantly in the court of public opinion, the mainstream media, MeToo activists and radical feminists everywhere are worried that this support and victory may spill over to Marilyn Manson.

We reported how talk like this has been going on since early May, when the hashtag #IStandWithMarilynManson was trending on Twitter in a significant way. Now opinion pieces and reports are being written by irrational radical feminists to denounce not only Johnny Depp's victory and how this is bad for women and victims, but they are also setting their targets on what they believe will be the new trend, which is to support Marilyn Manson against the allegations of Evan Rachel Wood and his other accusers. Such support they view as being worse than supporting Johnny Depp, because to them Marilyn Manson is guilty without question, and two losses could prove fatal for the MeToo "believe all women" movement which has irrationally brought fear at all levels of society and opened the door for false accusations to be believed without evidence of any kind, as is the case with both Johnny Depp and Marilyn Manson; in fact, for those who do examine the evidence, they will find that it has always been on their side and against their accusers, as hard of a pill as it is to swallow.

Here are a list of some of these articles:

People are worried the Amber Heard verdict will change #MeToo

After Johnny Depp’s Defamation Trial, Is Marilyn Manson Innocent And The Trial Next?

Attorney Unpacks the ‘Bizarre’ Johnny Depp v. Amber Heard Verdict and What It Means for #MeToo

The Me Too backlash is here

Why I Don’t Feel Safe as a Woman Anymore

Co-creator Lisa Joy of the hit HBO series Westworld has confirmed that Evan Rachel Wood's character Delores, who was killed off in season 3, is indeed dead, but because Evan was "kind of clinging" she decided to write her in as a new character that apparently has no significance for the show.

“Dolores is dead. But I really like Evan and she’s also kind of clinging so I had to bring her back. We write a whole new character for her,” Joy said.

"She’s a normal woman living in a big city just trying to make it as a writer. Nothing ever happens to her, really. I think that’s all I can say… I was told that Dolores was meeting her rather tragic end in Season 3, so I had some convos with [co-creator] Jonathan [Nolan] and Lisa at the time about what that meant. They said, ‘Yeah, you’ll be back this season and you’ll look a lot like Evan Rachel Wood but I’m not me.”

Anyone familiar with Marilyn Manson Uncanceled knows how much Westworld means to Evan, and how it basically inspired her to come out as a victim of abuse and face the challenges of doing so by being encouraged by her character Delores. To cling to the show to the point where now you will be a totally different, meaningless character seems sort of pathetic, but we will have to see what really happens.


- PhoenixAct.com is Back Up and Running After Many Months

It seems the official website for the Phoenix Act is back up and running. Not sure what exactly this means, because if you look up the Registration Status of The Phoenix Act Inc., it is currently pending dissolution as a non-profit. On the website that shows its registration status, you can even download a letter from Evan Rachel Wood asking for the dissolution, which I believe is set for June 15th. It seems this only has to do with its non-profit status, but Evan is keeping up her fight for the bill to be active across the country ... or at least she is making it appear to be so.