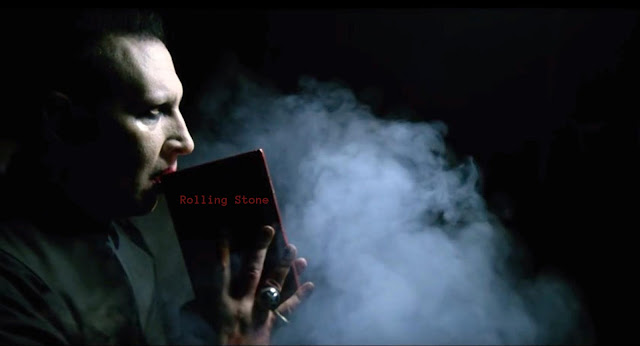 To supplement their article in Rolling Stone, Kory Grow and Jason Newman published on the same day a summary titled "Marilyn Manson: 10 Key Takeaways From Our Nine-Month Investigation".

And two others who are obviously listed as anonymous sources (I think I know more, but not as sure):

Only four of these have any sort of context to what they had to say: Ashley Walters, Ashley Morgan Smithline, Esmé Bianco, Sarah McNeilly. Everyone else either had little to no context, or was used very generically.

Many of these sources, named and unnamed, are not particularly known to Manson fans, most were never even known to be part of the circle before this past year, and most of those who are known refused to talk to Rolling Stone, even those who don't particularly like Manson, which says a lot of what they think about Rolling Stone.

This leaves us with a total of 17 named individuals, and the rest are anonymous sources whose association with Manson should be questioned. It is difficult to count the anonymous sources, for all we know some could be repeated often. Personally, I question they actually did talk to 55 people in Manson's "circle" for this report. Kory Grow and Jason Newman have proven to be dishonest "journalists", so everything they say should be questioned. They also pose a few people who they quote from interviews and documentaries as if they talked to them. At least four, Pola Weiss, Rob Holliday, Tim Skold and Manzin have complained that Rolling Stone only extracted from their interview generic one-liners and ignored any and all responses to the actual accusations. There is a name for this kind of reporting - Ventriloquist Journalism.

What is Ventriloquist Journalism? Most “mainstream” journalists are not merely biased, but have a narrative story line in mind when they begin “reporting,” so that when they call you on the phone, they aren’t looking for actual information and perspective—they are looking for a specific quote to drop in their story that fits their narrative. The point is: when you deal with the media, it is not just their innate liberalism you need to be on guard for—you need to keep in mind that they already have their story written.

Rolling Stone, wanting you to believe they conducted a nine month "investigation", in reality had their narrative predetermined, as we have proven throughout this six-part series, thus following the guidelines of Ventriloquist Journalism. If you think this is legitimate journalism, then ask yourself, if someone wrote a story and did an investigation about you as long as this 9,500 word essay about Manson, would you want the investigation conducted based on a predetermined narrative of the investigators and the publication that pays them, which is well-known for being extremely biased, or would you want the kind of investigation that begins with a blank slate and seeks to uncover the truth? My hunch is that you would only choose the former if the you know the publication and the journalists are on your side or if you are guilty, otherwise, you are certainly going for the latter.

As someone who has been a fan of Marilyn Manson since the Antichrist Superstar era, and has read and listened to and seen pretty much everything associated with Manson consistently since that time, has attended around 50 concerts with Marilyn Manson, had two encounters with him, and followed everything about this case since it began, I can assure you, this Rolling Stone article is the single worst thing ever written about him by a mainstream news source, and is representative of the worst kind of yellow, ventriloquist journalism. The funny thing is that they actually present their reporting as being a fair and even treatment of the case. What a joke! The fact that all other media sources are calling this article a "thorough investigation" makes me think that the entire media establishment is either stupid or corrupt, perhaps both.

This second article, "Marilyn Manson: 10 Key Takeaways From Our Nine-Month Investigation", just repeats what is in the previous article, showing that what they uncovered was exactly the things they set out to uncover from the beginning. Well, whaddaya know! But we know based on the testimony of Pola Weiss, Rob Holliday, Tim Skold and Manzin, much of this contradicts what they told Rolling Stone, and yet nothing of what they said is listed in this article. How convenient for Rolling Stone. This article is therefore an outright lie! The real title should be: "Marilyn Manson: 10 Key Takeaways We Want You To Take Away From Our Nine-Month Investigation". This is more honest.

I will not bore people any more with this piece of trash that is called an "investigation" by Rolling Stone. Everything that needs to be said either has been said or will be said in this website, which presents evidence from a truer investigation. Rolling Stone never even bothered to look at the evidence, probably choosing to overlook it on purpose.
At the same time, to look at one positive thing, Marilyn Manson is still probably the most controversial artist in America, something which even I would not have predicted 20 years ago, and I look forward to the new music coming out with Marilyn Manson and Tim Skold. As the legendary photographer Mick Rock, who passed away this week and is famous for capturing the rock scene of the 1970's, said less than a year ago on Marilyn Manson's birthday in a tweet to him: "Keep on rockin'!!"