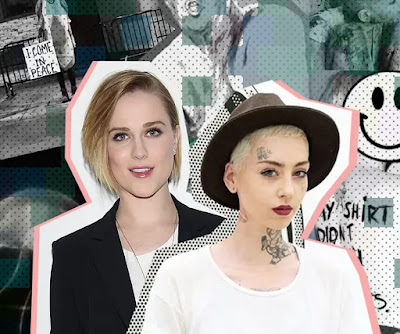 Between 2:29 and 2:35 AM (EST) on October 15, 2021, Illma Gore exposed someone that sounds a whole lot like Evan Rachel Wood on Twitter with three tweets. As you can see in the tweets below, she seems to diagnose this person of having a cognitive distortion. If you read about this cognitive distortion, it eerily sounds exactly like Evan Rachel Wood.

Anyone who has been following Evan Rachel Wood on Instagram the past few weeks or so knows she has been hinting at some sort of betrayal in her stories. Neither she or nor Illma in today's Twitter post have named any names. As I have posted previously, Illma and Evan have been friends since 2016 and I have listed their relationship as one of the reasons Evan Rachel Wood was radicalized. Soon after they began working together to put together and pass the Phoenix Act. In 2020 Illma sent an email to various women that have been involved with Manson in one way or another in an effort to recruit a team that would publicly accuse Manson. It has been rumored the two were dating.

What exactly is going on, has not been publicly exposed yet, but if this does refer to Evan Rachel Wood, and I personally think it does, it is a major accusation by a woman who has been very close to her throughout the process of exposing Manson for horrific crimes - and this is something they worked hard on together. In fact, it is an accusation Manson supporters have been making for months.

Update #1:
Illma just posted three more interesting tweets that may confirm this is indeed Evan Rachel Wood she is talking about.
The first was at 11:13 AM (EST). Here is the link: : 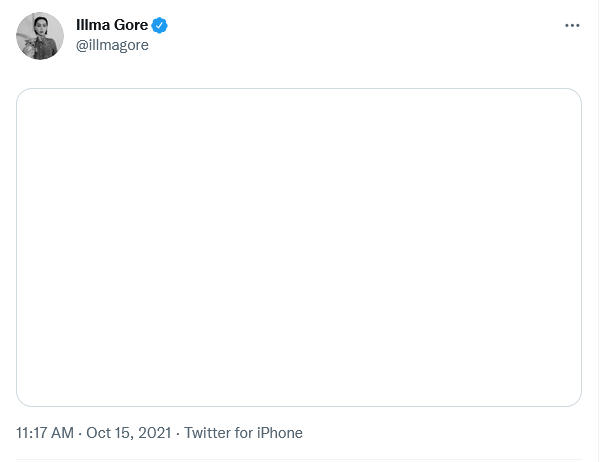 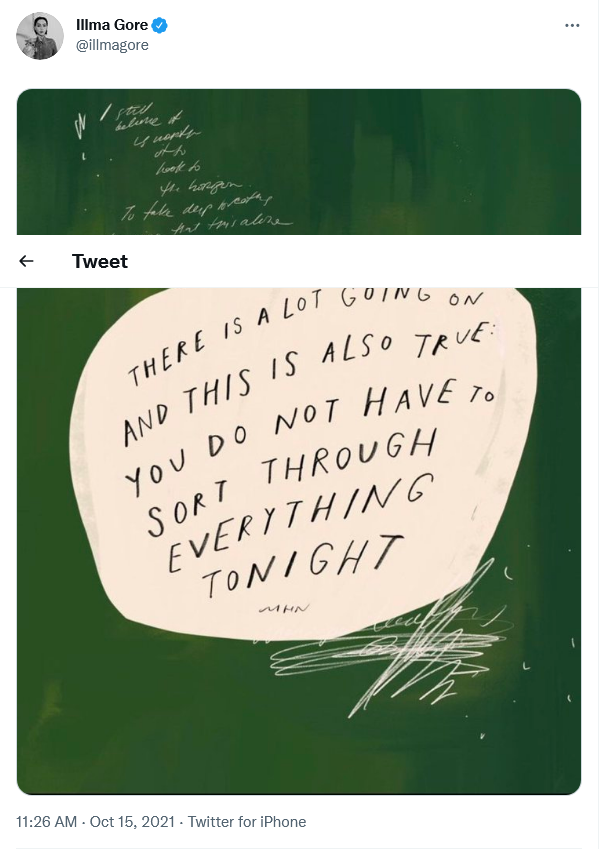 If these posts are related to Evan Rachel Wood, as I believe they are, then this is how we can possibly view this.
First, Evan has been posting over the past few months on Instagram, stories about motherhood and fatherhood and if I remember correctly even referred once or twice to child custody. Unfortunately, I don't have those posts right now, but I will try and get them. It has been speculated that Evan and Jaime Bell, her ex-husband with whom she has a child, have been having issues in regards to their child custody, which is why Evan has been slamming him as a father.
Second, these posts of Illma refer to family law and child custody when one parent has a mental disorder. This connects it to her earlier posts on cognitive distortion. As far as I know Illma does not have a child, so it doesn't seem to refer to her. It could possibly mean that she views Evan as mentally unfit. For what, I don't know, but it could refer to a family law case on the custody of her child.
Third, the last post she made is confusing and seems very personal. I have uncovered that it is something written by author Morgan Harper Nichols and has been turned into a popular meme. I posted below the source of it.
Fourth, in the last post also there is something written under the meme. From the scratched out signature on the bottom, the last name "Bell" seems to come out, though I may be wrong about this. However, when I compared the "Bell" to other signatures of Jamie Bell, they do have similarities. Compare it to the signatures below.
I know there is a lot of speculation here, but the similarities are uncanny. 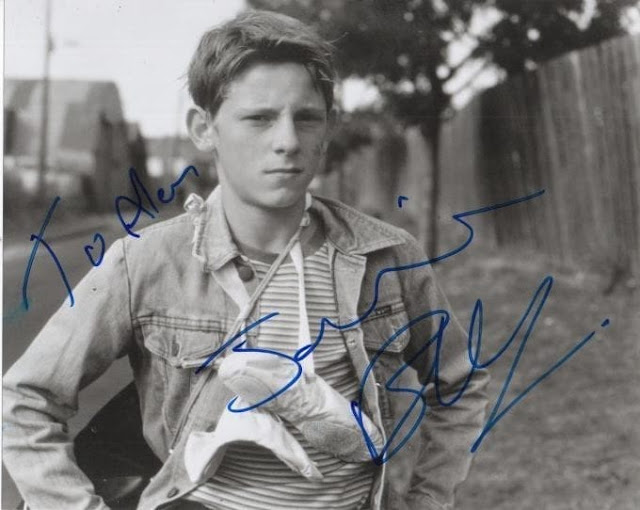 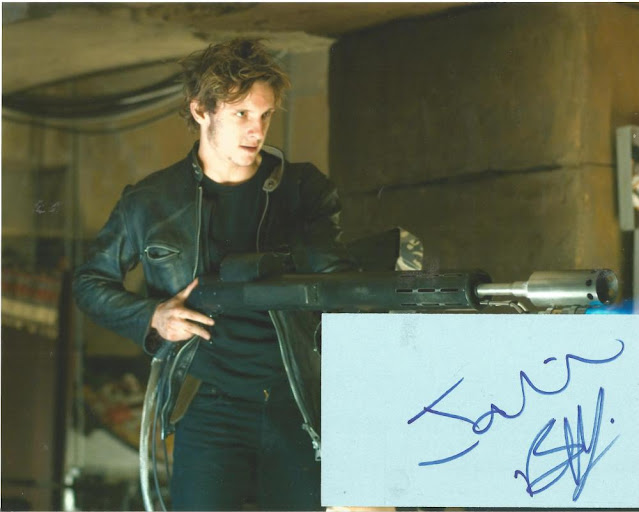 Update #2:
After I posted the information above, I had a visitor to my Twitter account. Illma Gore herself showed up and made a few comments I will share below. Her first two comments were a response to a comment someone made that referred to some conspiracy theory, and this triggered Illma to reply that this theory was incorrect and that it reminded her of the mental illness she deals with in her family. 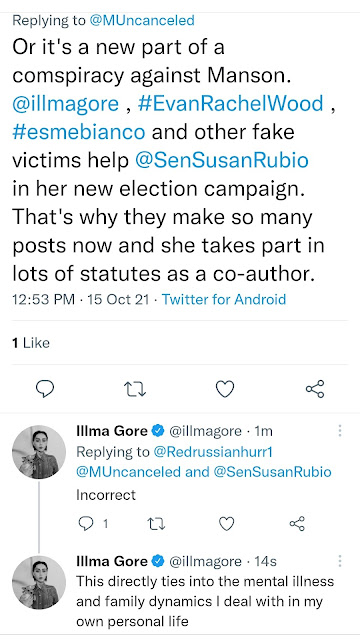 When she said this, I began to wonder that perhaps she was earlier tweeting about someone in her family, but then I dismissed this idea and decided not to respond to Illma and wait to see how things play out, then perhaps get in touch with her if I didn't hear anything else after a few days. I mainly wanted to wait and see if Illma would dispute any of my claims, which no doubt she was aware of by now. After about an hour, she did not dispute anything I wrote. However, since Colonel Kurtz was trying to get in touch with her, and she left the door open to communication on my Twitter, she decided to reply, to which Illma replied with two more tweets. 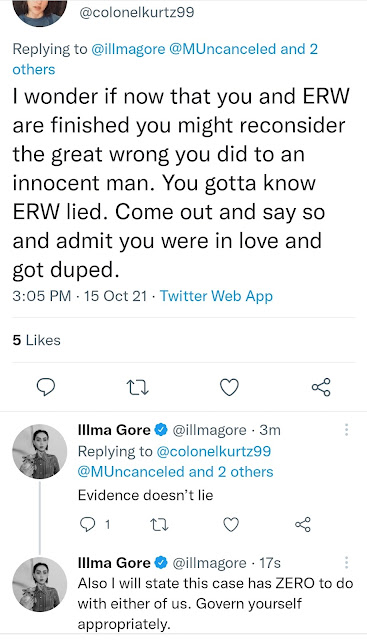 Two very odd tweets, almost cryptic, generic, and with no substance. They both come off as being defensive and shows an intimidation on her part. The second in particular is hypocritical, because she herself has been very involved with the cases of the accusers, and is acting now as if we aren't aware of her involvement. I expected better from her. But I will point out again, she has still not disputed my claims at this point. Then after another response from Colonel Kurtz in which she asks to see the evidence Illma speaks of, Illma makes her Twitter account private and she drops out of the conversation. 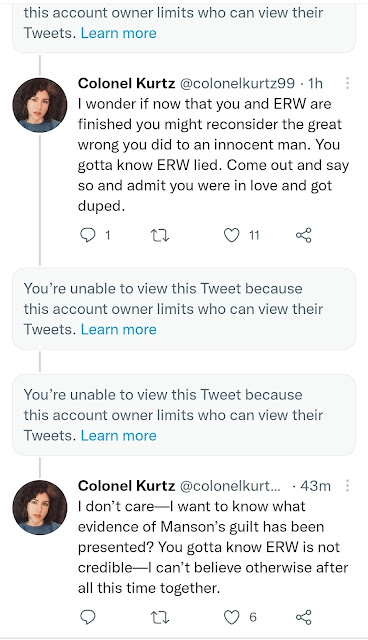 Thus ended the conversation. After this, I was still hoping Illma would contact me to dispute my claims. She never did. Is this confirmation my claims are true?
Then I was contacted by someone on Twitter who goes by the handle "imarealboy138". He told me to take a look at the Instagram page of Illma's twin sister, Bryton. I looked and saw a few interesting things. 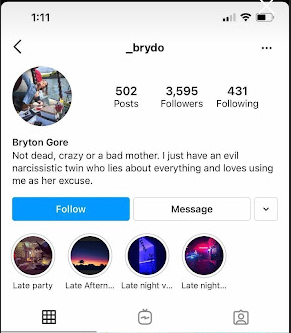 If you read her bio you will see that she is responding to accusations made by her sister Illma. Further, if you look at her last post, it was posted the morning after Illma tweeted, basically saying she will not accept new followers unless you message her first. This now seems to indicate that Illma was not tweeting about Evan, but about her twin sister Bryton.
Then I did a little bit of my own research. I will be posting about Illma in a future separate post, so I will just say what is relevant here in order to have a basic gist of the family.
Illma Gore, whose real first name is Ashley, is the daughter of the Australian financier and resort developer Michael Graham Gore (1941–1994) and his third wife, the U.S.-born sports psychologist Karin Margaret Vernon (1963–2009). In 1992, her family moved to Vancouver, Canada, following the collapse of her father's business empire. Soon after her father's death in 1994, her mother, who suffered from depression since then, returned to Australia with her twin daughters. Later they moved to California. When Illma and Bryton were 17, they were left orphaned, and both pursued a career in the art world. Their half brother Craig, who is older and doesn't seem to play much of a role in their life, is currently in prison for fraud.
As for Bryton, it looks like she currently lives in Australia and her Facebook posts reveals someone who has been struggling with mental illness for a while. Then I read this disturbing Facebook post: 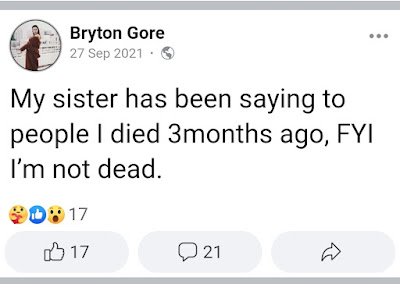 This is very shocking, yet it explains her Instagram bio. Clearly there is an unfortunate rivalry between the two sisters, and if Illma's tweets do refer to Bryton, then what Illma is doing is diagnosing her sister with a mental illness that says it makes her unfit to be in custody of her children, yet Illma is completely unqualified to make such a diagnosis, which would obviously cause a reaction from her sister, but Bryton's response is to diagnose Illma as a narcissist, which she also is unqualified to diagnose, yet Illma still wants her sister to know that  "I don't hate you."
Putting all the evidence together, I am left a bit confused and divided. What Illma tweeted perfectly fits with Evan, however from my little knowledge of Bryton it seems to also perfectly fit her, at least from Illma's perspective. Then I wondered, perhaps the tweets refer to both Evan and Bryton, or maybe partly to one and partly to another. My conclusion: I don't know.
Because I think it is only fair to get to the truth of the matter, since it is now public, I took it upon myself to send a message to both Illma and Bryton in order to get to the truth. I told them that if the tweets are in reference to themselves, then they should let me know and I will retract what I have posted about Evan. Otherwise, I'm going to assume Evan is at least a part of it. I have yet to receive a response from either.
My goal with this website is to speak the truth and expose falsehood, at all costs, and if I am in error about anything, I would immediately retract and speak the truth. Of course, I never did say who it was Illma was referring to in her tweets, though I personally believed it was Evan, because what she posted perfectly described Evan, and I still believe it perfectly describes Evan. But it may also refer to her sister. Until I get some clarifications or answers, for now I am 50/50, though I think most people will at this point choose one or the other.
I do still wonder though why Illma never disputed any of my claims. All she had to say was: "My tweets have nothing to do with Evan." If she said this, I would have gladly made a disclaimer. I have no desire to spread false information. This is the primary reason why I am still inclined to believe this could possibly do with Evan, but I am no more inclined than about 50%.
I will keep everyone updated if I find out more, and if anyone does know more, please contact me through my social media pages.
Update #3: 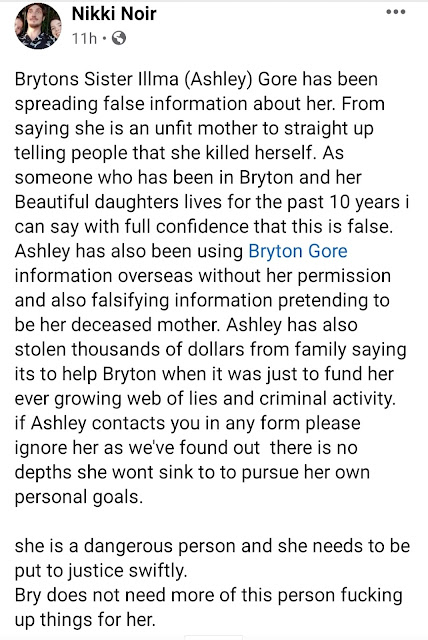 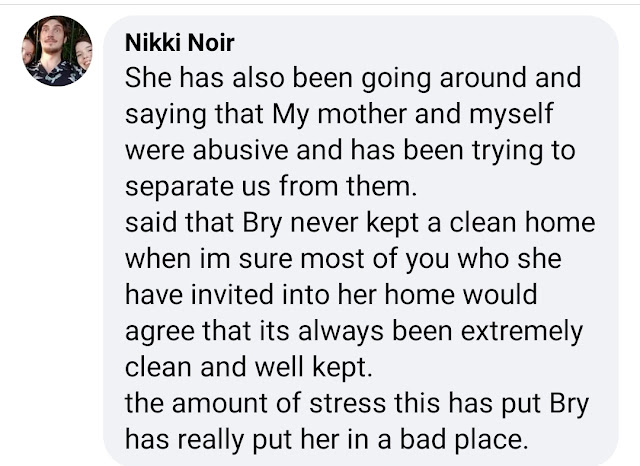