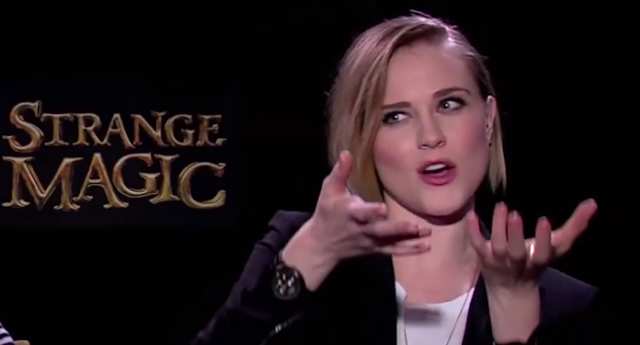 Evan Rachel Wood promoted her biopic Weird: The Al Yankovic Story on Live With Kelly and Ryan on November 4, 2022, in which she plays a parody of Madonna. During the interview, Evan was asked about a very strange personal story recalling a time in her life when she was a magician's assistant. Here is how she told the story:

She essentially describes a time in the past where she toured with a magician as his assistant, was confined in a small space (for a trick), had her head removed (for a trick), but was all the while behind the scenes and not part of the stage show directly.

As someone who knows the life story of Evan Rachel Wood pretty well, I could not recall a time in her life when this would have been true. So I did a little research and found this quote on her IMDB from an interview in 2020 for USA Today that I must have overlooked:

"I was a magician's assistant for a little bit when I was 20, just for fun and to have a break (from acting). No one ever saw my face. It was fun! I love the excitement of the illusion and doing it right so nobody can tell it's a trick."

Reading this, I did the math. Evan Rachel Wood turned 20 on September 7, 2007. Between September 7, 2007 and September 7, 2008 Evan was dating Marilyn Manson without interruption. During this time period Evan was primarily filming and promoting movies, yet in the USA Today interview she describes being a magician's assistant as a side hustle in order to show that she knows what it is like to work a side hustle while promoting her film Kajillionaire. But the timeline doesn't make room for her to be working this "side hustle", as she was working hard pursuing a successful career as an actress.

However, in 2007 into 2008 she did go on a tour while taking a break from pursuing her acting career. She would describe this tour as something she had to do to find out who she really was, having been raised strictly as a child Hollywood actress. This tour was with her then boyfriend Marilyn Manson, who was on his Rape of the World Tour. During this tour, Evan would be to the side of the stage as Manson performed a few "magic tricks" that his friend and collaborator Rudy Coby, known as "The Coolest Magician on Earth", taught him on a prior tour from 2003 that he did in his own shows in the 1990's.
In 2003 Manson had a robotic Dita Von Teese made that would come out on stage by itself carting absinthe and he would progressively tear off her limbs and finally decapitate the "Dita-bot" in a seductive vaudevillian manner, while singing to the decapitated head and kissing it in a similar manner to how it is performed in Hamlet and by David Bowie, going with the overall theme of his show. In a similar manner, in 2007 Manson did this with a robotic Evan Rachel Wood during the Rape of the World Tour. 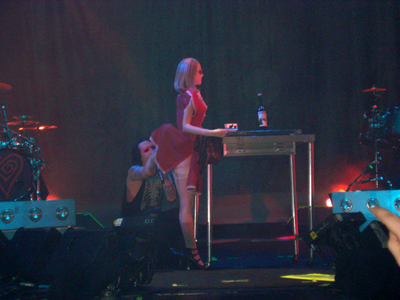 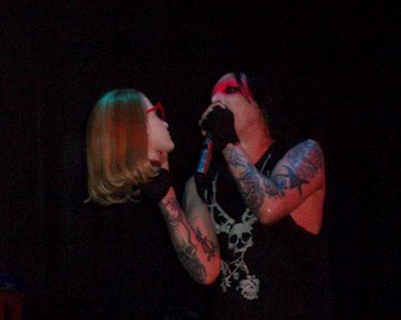 As far as I know, Evan never toured with Rudy Coby himself and did magic tricks with him. In fact, I believe Rudy Coby toured with Manson for the whole tour to make sure the magic trick he inspired went smoothly. What this means is that the magician Evan has refused to name since she began telling this story in 2020 for whom she was an offstage assistant (of sorts) was Marilyn Manson himself.

What this means is the following:

1. Evan Rachel Wood is being misleading when she says she was a magician's assistant, who she never names.

2. She misleads her audience into believing that she was doing actual magic tricks with an actual magician as a side hustle when she was 20.

3. The only tour involving Evan with magic and torn limbs and a decapitated head took place by Manson onstage during the Rape of the World Tour.

4. The story of Evan being confined in a small space for a magic trick is a fabrication, as far as I recall from the show. (Update: I was reminded that after Manson removed the limbs and head of the robot, the torso was placed in a box.)

5. Evan misleads people with this story in a way that she avoids naming the magician because the magician is Marilyn Manson, who she refuses to say anything positive about and confines all her experiences with him as involving some sort of abuse.

6. This story proves that Evan Rachel Wood is trying to rewrite her own history and to control her own narrative.
And this isn't the first time Evan has projected a performance into being a real life situation. One example is when Manson filmed a scene presumably for an unreleased music video that was put up on his official site where a bloody Evan is strapped to a chair and punched in the face repeatedly. This video is an obvious fake and an acting performance, but Evan describes this scene as being real in her statements she has made since 2019. Whether she does this as a result of a mental illness or deliberately is not clear, but she certainly does it and expects to be trusted word for word in the hopes of destroying her alleged abuser Marilyn Manson. With this new tale of being a magician's assistant, we see Evan fashioning a false narrative even apart from making an accusation.