Was Evan Rachel Wood Really in the Junior Olympics? 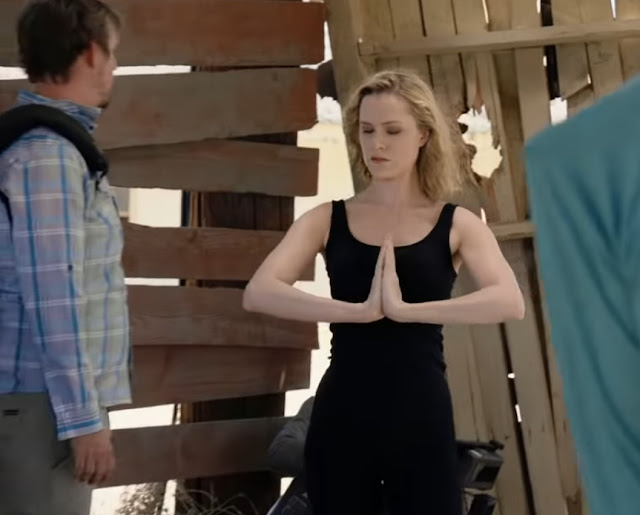 On November 7, 2022, Evan Rachel Wood appeared on Watch What Happens Live with Andy Cohen alongside Daniel Radcliffe to promote their new Weird Al biopic. It opened with Andy Cohen introducing them like this:


Andy Cohen brought up a "fun fact" about Evan that she has been saying since she was a teenager, basically that at the age of 12 she received a black belt in Taekwondo. The claim is that she took Taekwondo lessons with her mother, and became so proficient in it that she received a black belt (which usually takes 3 to 5 years of training) and eventually competed in the Junior Olympics.

It is difficult to determine if Evan is being truthful that she took Taekwondo lessons and eventually earned a black belt. As far as I know, there are no photos or videos circulating that shows her practicing or competing or even just wearing the belt or the outfit. That she dedicated 3 to 5 years to it while being a busy child actress in television and film as well as attending school is hard to believe. It is also hard to believe that she would dedicate so much time to it that she just gave it up. Whatever the case, her claim alone earned her a position on Taekwondo Wiki.

Apparently she had told the writers of Westworld she was a trained Taekwondo black belt when they first cast her as Dolores, but it wasn't until Season 3 that the stunt coordinators "became aware of her incredible skill!" They found out the actress is able to kick really high and she can do her own stunt work. In 2020 she talked about it in People magazine:

“Luckily, I’m black belt in Taekwondo,” she told People. She later said, “I was happy to flex that muscle finally.” Thompson asked Wood if she told people making the show she can fight.

“I told them,” said Wood. “Here’s the thing, I told them when I signed on to do the show I was a black belt. And Lisa [Joy] went ‘Oh that would come in handy.’ Season 3 rolls around they start choreographing this fight and I start doing kicks and the stunt coordinator goes ‘What?! What?!'”

The actress said the stunt coordinator wasn’t told she was a black belt, or else her fight scene would have been different. “They started altering things like adding more kicks and stuff,” she said.

Even during the years she was off and on in a relationship with Marilyn Manson, she talked about her martial arts skills. In a June 2009 interview with the New York Daily News, she said:

"I was not good at ballet. I liked tae kwon do better. I took like four years and it was hard. My best friend, who's also my assistant, I've known her since fifth grade and we met in tae kwon do class. Every now and then I'll look at her and we'll bust out some forms."

In an interviewer for The New Yorker also in June 2009, while Evan was training as a trapeze artist, she mentions that she met her assistant Danielle (who began her assistant position on February 21, 2009) when they attended Taekwondo class together in Calabasas, California.
Prior to this, in April of 2009, 7X7 interviewed Evan and asked her about her black belt, to which she replied:
"In class, I once sparred my mom and, accidentally, split her lip. She cried, and I felt so bad!"
And in April 2013 she was asked by The Daily Beast in an interview promoting Case of You with Justin Long:

Back to hidden talents—there is a joke about Judo in the film, and I heard you have a black belt in Taekwondo? [At this point, Justin Long—who apparently had been eavesdropping on the interview—screams “WHAT?” from the hallway and comes into the room]

Wood: I have a black belt and used to compete when I was a kid! I did the Junior Olympics.

Long: I’ve known you for so long, I can’t believe I didn’t know that! OK, carry on. [Leaves]

Have you ever had to use your Taekwondo skills?

Wood: I used to get beat up in school around fifth grade, but it’s funny because I refused to use it when I got beat up. I just thought you weren’t supposed to. But I think once I did. I just did a really crazy kick and everyone was like, “OK, I’m gonna go away now.”

I won't outright deny that Evan Rachel Wood has a black belt in Taekwondo, though I think if she talks about it so much she should show the proof or at least her assistant from 2009 should confirm it. I also think it's odd that someone in their 20s and 30s would still say that their elementary school training in the martial arts should be on their resume. What I do question is her passing comment that she was in the Junior Olympics. I truly believe that if this was true, she would not only talk about it more and be known for it, but there would be some proof out there with at least a photo or video or even a mention of it on a website. Instead, all we have is the passing comment from 2013.

Taekwondo competitors from the Junior Olympics are named on this website by year, and after going through every year that applies for Evan, I couldn't find her name anywhere.

To make a passing claim that you competed in the Junior Olympics is unacceptable without providing proof or even some detail. Personally, I find it highly improbably that this claim is true and it could prove to be another lie in her long list of lies and deceptions. Evan should be challenged in this claim which, as far as I know, never even appeared before 2013. Until I see the proof or at least get more details, I'm going to consider this claim highly suspicious.
Besides, if her skills are as great as they are made to sound, why didn't she ever use them on her two rapists or at least mention it as part of her testimonies against them?