On March 27, 2020, Lindsay Usich added an Instagram Story to her official Instagram account. It shows two black and white framed photos, the first depicting Lindsay on top and the other depicting Marilyn Manson below it. Towards the bottom left is a quarantine symbol urging those who see it to stay home during the pandemic. The caption above the photo written by Lindsay reads:
"Looking through photo albums is always a journey back into the recesses of our minds, our memories, shared or alone. After a chance meeting late 2009 in New York, my home at the time - I flew from NYC to LA in early April of 2010. I remember nights filled with pink jasmine, rosemary, how it smelled outside while we climbed up to the roof & looked at constellations. There after pouring through books and films we took our very first instant photos (Fujifilm FP-100B to be exact) of each other. Do you have any images you attach great memory to? I would love to see them."
I just became aware of this Instagram Story this past weekend when I chanced upon a website that archived all of hers and other Manson related Instagram posts. When I read it I was shocked and fascinated at the same time. This is because so far everything I have posted has been about forming an accurate timeline of events, especially the timeline that has to do with the relationship of Manson and Evan Rachel Wood, which is often very confusing. One thing I have highlighted is that Manson and Evan broke off their engagement in August of 2010, and within a week or two Manson and his current wife Lindsay Usich were first spotted together on August 14, 2010 at the Boudoir in L.A. What I always found interesting about the photo was how comfortable they looked together, and how close they sat next to each other. On August 15, 2010, an image by Lindsay appeared on Manson's MySpace wall.

My assumption was that Manson and Lindsay probably met for the first time that night, or maybe they met each other in passing around that time first and then hung out that night. But according to this Instagram Story by Lindsay that she posted on March 27, 2020, we are given important information that forces us to backtrack and I could not proceed without offering some sort of analysis.

What Lindsay essentially shared was this. On March 27, 2020 she was quarantined in her home and going through photo albums and decided to share a few with us. She also decided to share with her fans that in late 2009 she had a "chance meeting" with Manson in New York, where she was living at the time. We don't know anything about this "chance meeting" nor even what is implied by it, but lets assume that they happened to meet by chance and exchanged some words, though there could have been more to it. As far as Manson's relationship status at the time, in late 2009 he could have been single, though he had dated Stoya from June 2009 till November 2009, and by early December 2009 he had reunited with Evan Rachel Wood and they were engaged a few weeks later in Paris on December 21st. Manson was on and off on an international tour at the time, so I'm not sure exactly when he was in New York. It could have even been some time between December 21st and the 31st when Manson was engaged, since Evan was working in New York often.

Next Lindsay tells us that she flew to Los Angeles in early April of 2010, and she gives us a romantic picture of a beautifully fragrant atmosphere when they apparently climbed onto the roof of Manson's house and looked up to the stars together. Their conversation consisted of books and films and they took their first instant photos of each other, which are the photos we are seeing in this Instagram Story. As far as Manson's relationship status in early April 2010, he was engaged to Evan Rachel Wood. Professionally I found that in early April, Manson had a photo shoot with Perou for his Born Villain album and he also did an interview with Playboy. He did not tour at all in 2010. From the time Manson and Evan were engaged on December 21, 2009 they kept a very low profile till April 26th of 2010 when they boarded on a plane for Athens to attend Manson's art exhibit. Therefore, before he and Evan went to Greece, he and Lindsay spent at least one night together (she said "I remember nights" which is plural) at his house looking up at the stars, talking about books and movies, and taking an instant photo of each other. Whether their night(s) together consisted of anything else is left for speculation.

What we have here is Lindsay telling us that her history with Manson goes back to before he and Evan were engaged, and a significant apparently "romantic" evening(s) was spent together while he and Evan were still engaged. Assuming Lindsay has everything in her timeline precise and true, then we can see why he and Lindsay were so comfortable with each other on August 14, 2010, just a week or so after he and Evan had broken off their engagement.

On August 8, 2007 Evan said in an interview with GQ magazine, which we mentioned in an earlier article, about her relationship with Manson:

"When we first met, he took me up to the roof to just shoot pellet guns—at nothing!"

This encounter with Evan was while Manson was married to Dita, probably in September of 2006. Dita filed for divorce in late December that year, and Manson and Evan began dating in January of 2007. According to both Evan and Manson, they never had sex until after the divorce, but were just "movie buddies", and if we assume they are telling the truth, this means we shouldn't necessarily assume that Manson was cheating on Evan with Lindsay either, at least not sexually. Whether they did or not, we are not told. And whether Manson's relationship with Lindsay played any role in the ending of his engagement with Evan, we are not told. But here we have some evidence that it at least could have been a possibility.

The assumption we make is that after Manson and Evan were engaged, they just kept a low profile for a few months to focus on their relationship, like most engagements. The truth of the matter is that Manson and Evan were very much involved in their careers at this time, and we can safely assume they probably saw very little of each other. In fact, according to Manson's long time assistant Paula, whose recent interview we will discuss in a future post, and who was Manson's assistant only for the first part of his relationship with Evan in 2007-2008, she says that she hardly saw Evan during this time and never really knew her because Manson was either on tour during that time, with Evan accompanying him, but after she was off doing her own thing and would only occasionally meet with Manson in a hotel of some sort that Paula would arrange. It seems that during the time of their engagement in 2010, it was probably the same thing, with Evan off doing her own thing for her career, while Manson was doing his thing back at home in L.A. We know that the reason Evan and Manson became friends and started hanging out was because Dita was off doing her own thing and they hardly saw each other. Manson has been very open to tell us he is the type of guy that likes having a woman around, so its not that surprising that he would strike up a close friendship with Lindsay while he was engaged to Evan and she was off doing her own thing for long stretches. I'm sure Manson still loved Evan at this time, and Evan seems to have loved Manson, or at least tried to love him, but sometimes trying does not reciprocate the love someone gives and leaves them feeling empty.

I don't want to speculate further on this, but the Instagram Story Lindsay shared, which was meant to be public for a day then disappear forever, has provided for us a significant revelation, and added for us an important detail in the timeline. Just keep in mind, that Evan and the other Manson accusers named Manson as their abuser together as a unit just a few months after he and Lindsay were married. Lindsay was very much in Manson's life through every single relationship or encounter between Manson and his accusers, more or less, and in the end they got married. Whether or not their marriage had anything at all to do with when the public accusations against Manson came out with them naming him is entirely speculation, though possible.
One thing that is interesting and worthy of some speculation, however, is that I wonder if Lindsay came out in the open about this on purpose, even though no one really took notice until now. Perhaps she was sending a message to everyone, including the accusers and especially Evan, that she was there through everything and knows more than we and they think. No doubt Lindsay had a lot of patience and love and ambition to stick through very tumultuous years with Manson, as future posts will reveal, and now that her established relationship with him was being threatened by these relationships she dealt with in the past, maybe she is fighting back in her way by providing bits of information here and there.
At the end of the day, no doubt this is an interesting Instagram Story made by Lindsay, and it is worthy of being out there to give us as accurate a timeline as possible of all the events we will be discussing. 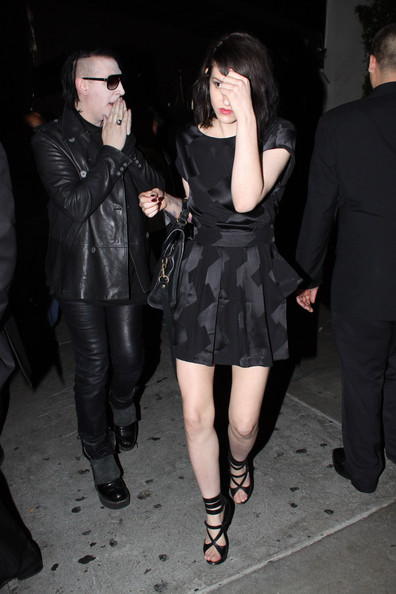 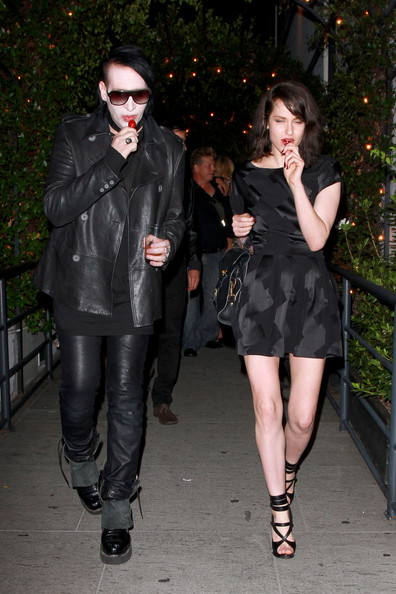 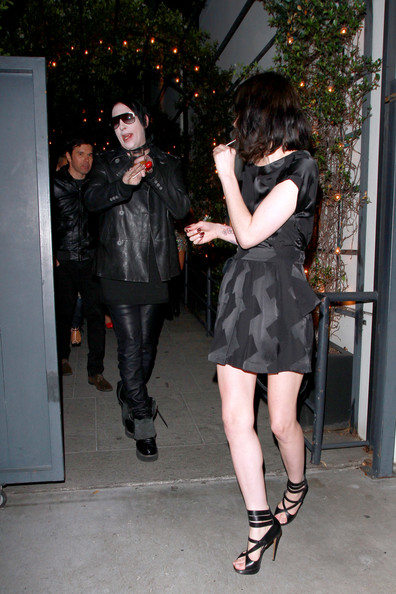 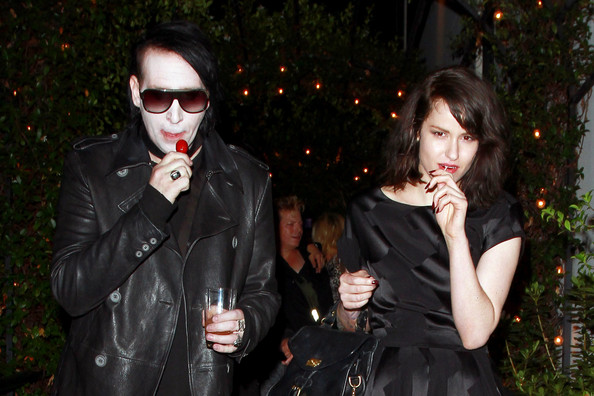 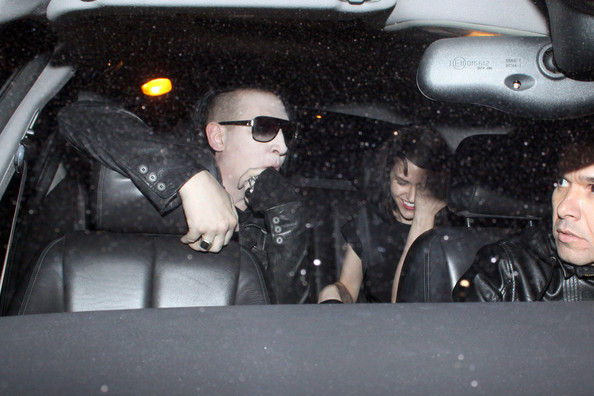