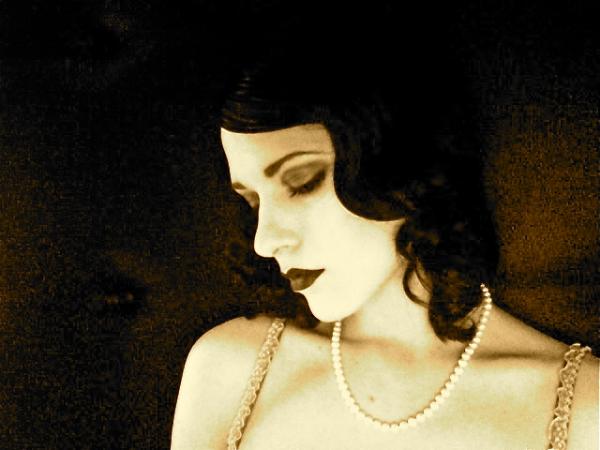 Photo of ERW taken by MM
Marilyn Manson and Evan Rachel Wood were together, on and off, from January 2007 to August of 2010 when they finally called off their seven month engagement. From late 2010 till 2015 Evan had other significant moments in her life. In April 2011 she came out as a bisexual. Evan Rachel Wood and Jamie Bell married in October 2012. In July of 2013 the couple welcomed their first baby boy. They separated in May 2014. This was followed by other significant moments. On the day after Donald Trump was elected President in November 2016, Evan announced through an interview with Rolling Stone that she had been raped. In 2018 she championed the Phoenix Act in California. She named Marilyn Manson as one of her two rapists on Instagram on February 1, 2021.

From the time of her breakup with Marilyn Manson in August 2010 till the year she revealed that she had been raped in 2016, I have compiled everything I could find where she talked about Marilyn Manson. Read it below: (Please let me know if I am missing anything.) 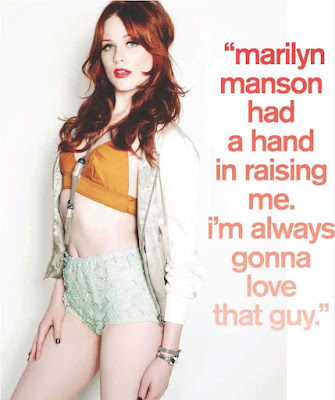 “I mean, dating Marilyn Manson… it's kind of impossible to keep that out of the spotlight… He had a hand in raising me! Oh, I'm always gonna love that guy.  He's a genius, he's an amazing artist, we're still friends. Some things just aren't meant to be.” 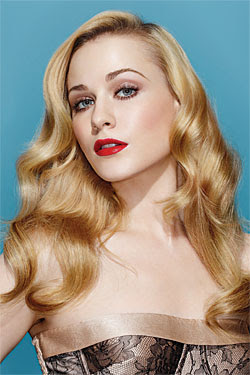 - New York Magazine (April 7, 2011)
"We [Evan speaking of her mother] had a bad breakup. We hadn’t been apart for more than a week my whole life. We shared a room, we shared a bed. She was constantly by my side, all the time, until the minute I turned 18. I hopped on ­[Marilyn Manson’s] tour bus, and was like, I’m going to have an adolescence. I didn’t really get a normal childhood. Manson gave me what I felt I’d missed out on, where you get to experiment and cut loose and change and grow. I lived 50 lifetimes in those four years.” "So I was always into very androgynous things. Guys, girls ... I'm into androgyny in general." She says this helps explain the appeal of her ex Marilyn Manson. "I think one of the things that freaked people out so much is that we looked so different." True, that was part of it. But it was more than that. If Evan Rachel Wood represents America's rebellious teenage daughter, Manson represents the forty-year-old goth in a band down the road she would date just to spite us. They broke off their engagement in August. The inevitable residual tattoos: Behind her right ear, the number "15," a significant one for the two of them. Behind her left, something that looks like a heart combined with an infinity symbol. "You know, 'Forever Love,'" she explains. "Whatever." 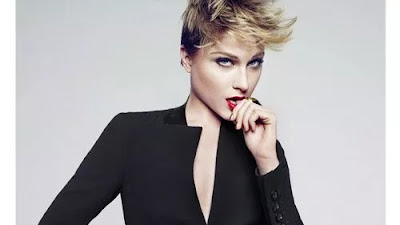 - Marie Claire (September 14, 2011)
When you were with Marilyn Manson, did you actually call him Marilyn?
No, I called him Manson. Or just Babe.
Did you ever say, 'Hey, babe, maybe all eyes can be on me for once — can't I be the one to stand out?'
No. I think that would be impossible to do anyway. I don't like eyes on me, so I was fine giving that up.
Are you glad you didn't go through with the marriage?
I am glad — for both of us. We both have a lot more growing to do. I don't think it would've been right, but I am glad that we were engaged. I think we needed to make a statement to each other that it was legit. So that was good.
Since then you've come out as being bisexual.
Yeah, that's a big part of who I am, and it always has been for as long as I can remember. I can't say I'm one way or the other because I've honestly fallen in love with a man and I've honestly fallen in love with a woman. I don't know how you label that, it's just how it is.
Have you had a serious relationship with a woman?
Yes. And it was wonderful. I mean, it was terrifying at first. Not because I thought it was wrong but just because I was intimidated by women. It's a totally different arena! The approach is completely different than it is with a man but I finally let myself say, "You've got to go for this. It's in you and it's not going away." And it was wonderful.
You were photographed seeing the show with your ex Jamie Bell. Does that mean you two are back on?
I mean, I've got his initial tattooed on my ankle, so…
You've got a lot of tattoos, though!
Yeah, I seriously have to count sometimes. I think I want to get the one on my ankle removed because it's huge! It's technically my first tattoo, which is always the worst one. It's like the first pancake. The bad news is you can't throw it out.
What are some of your other ones?
An illustration from Where the Sidewalk Ends, an infinite love sign, my lucky number 15…
What makes 15 your lucky number?
It haunts me. I'm just confronted with the number 15 all the time in hotel rooms, addresses, phone numbers, and my birthday year '87 adds up to 15. It's funny because I wondered what 15 was in Tarot, and it's the devil. I was like, 'Of course! Why wouldn't it be?' But I think a devil is just a manifestation of something you do, so I don't mind it. The devil is actually a pretty human thing. 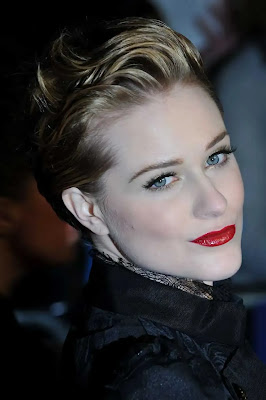 - Independent (October 31, 2011)
"The funny thing is I was a really good kid because I was raised extremely strict and I was working a lot. My mother wanted to be really, really careful because in this business, it's easy to go off the deep end, but I think that it worked against her because when I turned 18, I had been so sheltered for so long that I just exploded! I am glad I did because it teaches you a lot about yourself. Now, I've got it out of my system and I am ready to settle down."
How did her explosion manifest itself? "I hopped on a tour bus and I got engaged to a rock star," she laughs with just a hint of embarrassment about her own antics. "It doesn't get much crazier."
Her relationship with the rock star in question, Marilyn Manson, clearly helped as she tried to explore a radically different side of her personality. Aged 19, Wood appeared in Manson's macabre and sexually suggestive music video "Heart-Shaped Glasses", which the rock singer acknowledged Wood had partly inspired. Her affair with Manson was seized upon by celebrity websites, many of which suggested that it had hastened the break-up of his marriage to burlesque model Dita Von Teese.
"Just because a relationship ends, it doesn't mean that it failed," she reflects on her own break-up with her former fiancé. (Wood is since rumoured to have rekindled her romance with British actor – and Billy Elliot star – Jamie Bell.) "I don't think I would be the person I am today without him [Manson]. He is inspiring. The timing was right and I felt a door was open to me to really explore, express myself and take risks." 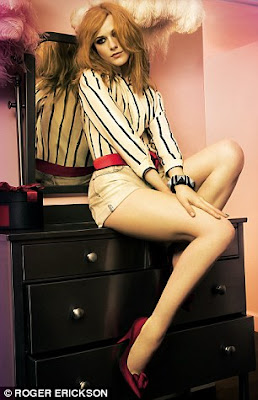 - Mail Online (November 26, 2011)
"People thought Marilyn Manson and I were crazy. That’s because we look so different, but if you’d hung out with us you’d have thought we were pretty normal. People look at Marilyn and they form an opinion, but we did normal things – I cooked dinner. I’m always going to love him – we were engaged, but we were both ready to move on. Marilyn gave me permission to be myself. He said, ‘You’re so young, you’re really smart – explore that, have fun.’" 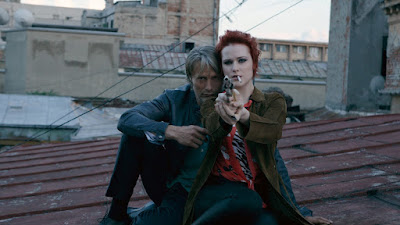 With the marriage and the baby, there’s certainly a refocused fascination on Wood’s family life, and it could very well likely be due to the sheer normality of its appearance. That nuclear normality may even be one of the most unexpected turns in Wood’s never-predictable life. This is the actress, after all, who at age 19 began dating shock rocker Marilyn Manson. He was 36.

“People were pretty mean,” she says. “At the time I hadn’t yet been exposed to that kind of cruelty from strangers.” Barely an adult, Wood saw herself plastered on the covers of tabloids with kneejerk, standard fare cover lines splashed across her image: What Is She Thinking?

“If people were wondering why I was acting so-called crazy or like a teenager, it’s because I was,” she says. “People go through phases. People make mistakes. People go through life and don’t get it right every time.”
- Twitter (May 18, 2014 - The Day Marilyn Manson's Mother Died)

An old friend of mine just lost someone very close to them. I know we don't speak anymore but my heart is with u today. 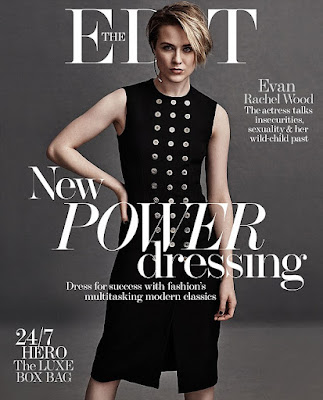 "I thought I was in love. I wasn't doing it to prove a point or be rebellious," she says of her relationship with Marilyn. "I wanted to break a mold for sure – I knew I was edgier, more alternative, and weird. And he was just what I needed, because I felt really free with him. And that freedom was attractive."

Wood, now 27, recalled how people would label her as a homewrecker during that time. Manson had recently separated from his wife, burlesque dancer Dita Von Teese, when he and Wood got together in 2006.

“People were cruel. You build immunity to that sort of thing, but I wasn’t used to negative feedback, so it got to me. Then I got angry, and pushed away even more. I wouldn’t trade any of our relationship. I appreciate everything he taught me. I just don’t think we were right for each other.”

If we went back to the end of 2015 and looked at all the comments Evan Rachel Wood made about Manson and their relationship over the past five years since their breakup, we would be left with the impression that her experience with Manson was very positive. In fact, her comments are reminiscent of just about everyone Manson has had a major relationship with - indeed, the consistency is uncanny. And it's not like she had nothing negative to say, but none of the negative things had to do with Marilyn Manson. The bulk of Evan's negative feelings primarily has to do with the negative press. She also never blames Manson for any of the negative tabloids, but justifies herself by saying that she was young and in a different phase of her life. In fact, for Evan, while going through this difficult phase of her life, Manson "was just what I needed, because I felt really free with him." For Evan, the dichotomy of the liberation Manson offered her was with the oppression of other people being cruel to her. It was this cruelty from others, not Manson, that made her angry. Because of this negative press, Evan apparently realized that she and Manson were not "right for each other", so they broke up because they were both "ready to move on," but she still appreciates everything he taught her, she has no regrets about the relationship, and "Oh, I'm always gonna love that guy." This is the impression Evan Rachel Wood gave us at the end of 2015 about her relationship with Manson. But then something happened in 2016 that would change everything.