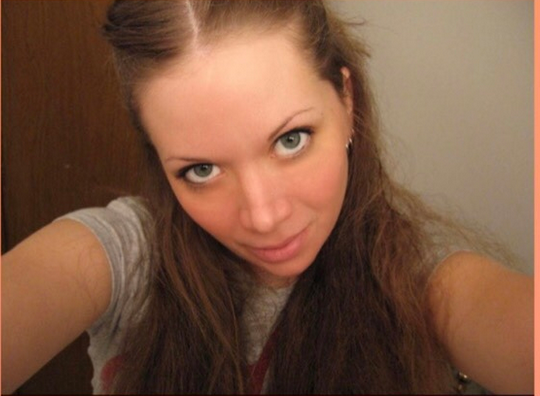 Those who love Marilyn Manson and those who hate Marilyn Manson have one thing in common: they know that Leslee Lane is the most toxic and dangerous fan of Marilyn Manson - the rest just don't know who she truly is (or are likeminded), which is why I will begin a series exposing this vile person as a warning to all. Make no mistake about it, Leslee Lane is just as horrible as Evan Rachel Wood, self-centered with a victim mentality, in fact she should be known as Evan 2.0, except that she is so obsessed with her fantasy about Marilyn Manson that she just won't let go and has devoted her life to gaining admiration for her supposed closeness with him.

I want people to know, that even though Leslee Lane has stalked, abused, harassed, bullied and doxxed numerous people, as the evidence will show, I have done absolutely no research on Leslee Lane. The only time I ever searched her name on the internet was to get a photo for this post. All the information I have of her is from the people she has wronged over the years, which is confirmed by a number of people who have known her, and much of it comes from my own observations following her antics over the years.

In part one we will examine a claim Leslee has been making for years till the present day to her followers. This is a claim that she never made to me, but many people have come forward to me about it, and even though these same people know how much of a fraud Leslee Lane is, they still believed this one claim to be true, which is why I have chosen to examine it first. Leslee Lane in her delusional fantasies has told many people, publicly and privately, with great pride, that she had a threesome with Marilyn Manson and Evan Rachel Wood. 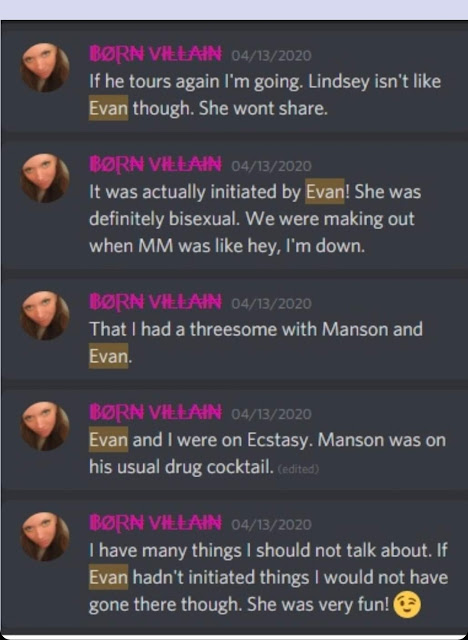 Here Leslee is talking about Lindsay's "great body" and how different she is look-wise from both Dita and Evan, of whom she "like a perv" makes a point of stating that she saw the latter two naked. At first I thought, "Well, ok, I mean, who hasn't seen Dita and Evan naked?" Both have appeared nude on a number of occasions.
But then someone sent me this, which Leslee posted around the same time: 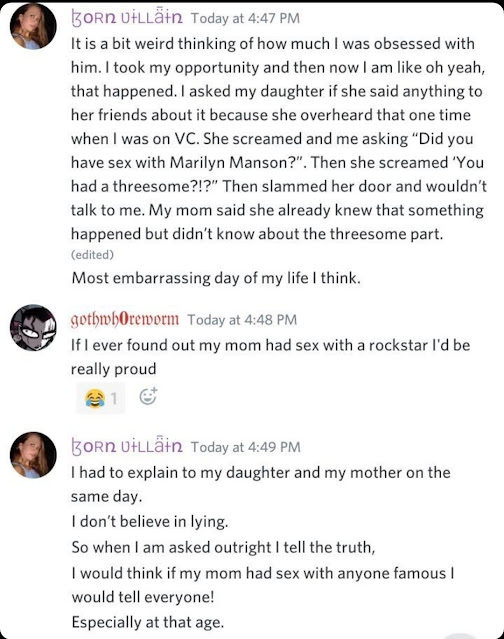 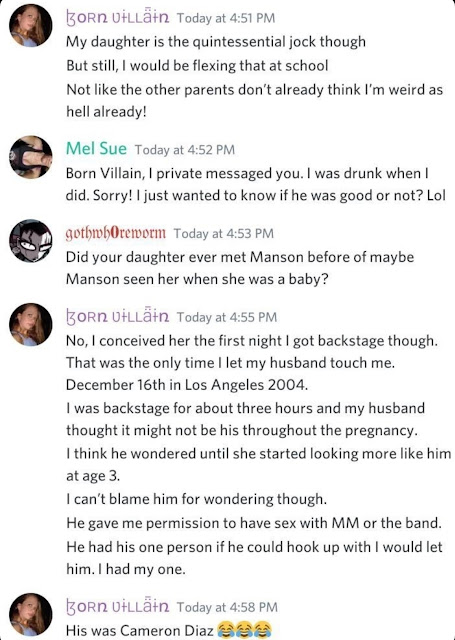 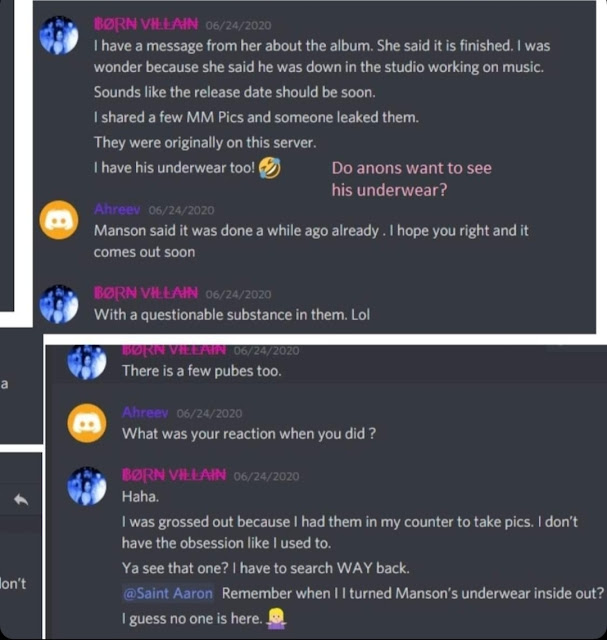